Why We Must Love Hate Speech

It saddens me that this has to be said and likely the fact it has to be said means it won’t be understood. Here goes the length of the argument as to why “hate speech” must be protected, in the absolute best common English possible.

The people declaring “hate speech” needs to be banned are the ultra rich who have agendas that do not include the longevity and freedom of everyone who is not them. They are using ideas such as equality in race, gender and religion, which appeal to the good nature in people, against people in a “soft war” over a long period of time, against the rights of the people, leading to the eventuality of no rights, no freedom, everyone is a criminal, everyone goes to jail, everyone must die. Whether you want to believe this or not it is the truth. I am not guessing or musing or promoting any agenda. I am telling you from my personal knowledge and from history this is what is going on.

If you believe the powers that be, the “government” or whoever has your interests in mind, such as not being enslaved or sent to fight bogus wars or over taxed or experimented on, or possibly exterminated, and is doing the best they can with the system to provide for citizens, you simply have not been made aware of their agenda. And it is not your fault, they spend endless amounts of money to hide what they’re doing and this is a big part of it. Their lives and quality of healthcare, technology, and what substances are accessible and legal, and what knowledge and land is available to them is not available to you, is made illegal and you are provided with intentionally inferior food, technology, and quality of life.

As George Carlin said, the quality of our thoughts can only be as good as the quality of our language. And that is not accomplished by limiting words for unpleasant realities such as our bias, prejudices, and even things we hate. Sometimes speaking hate against something causes something good to happen! If we say we hate a certain politician or law or even people that may be passively invading our land and have long term goals of causing us harm, we can address the situation to find if there is a problem and act accordingly. if someone hurts you or someone you care about, you may say all kinds of hateful things in the moment which are easily forgiven by reasonable people, and even commended for using words instead of violence.

Banning “hate speech” against specific groups of ethnicities, religions, sexualities etc.. is NOT about making the world a better place. It is about controlling thought. It is about creating a divide in population. It is promoting long term globalist agendas that do NOT have the interests of said groups, or any group other than themselves in mind. It is a temporal self serving philosophy that ultimately fails.

This is an election year and the state of the world now with the internet and information available about the ruling classes, occult, government secrets, hidden technologies, religion, and history of humanity coming about, those in power are fearing losing their power and being attacked for the crimes and deceptions they have constructed. They will say they fear chaos and disorder and care for your safety but they do not promote any information that may counter their personal interests or allow for truth or any other groups to come to power. They and their class also have no problems blowing up buildings and creating wars and terrorist groups, genetically modifying our food without asking, dusting the land with chemicals, promoting fake wars to get citizens to fight for their hidden agendas while they sit back in comfort and keep getting richer. This is not the best we can do. This is the way it is because they are allowed to get away with it by our inaction. 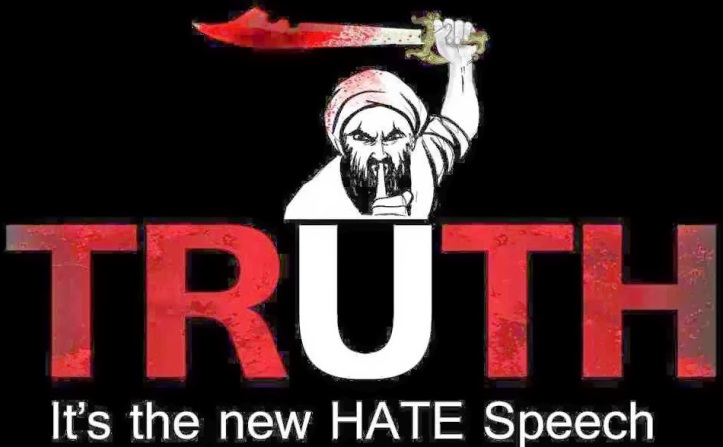 To label words, symbols as hate and ban them is the beginning of banning ideas; literal mind control. To have things we want in life we have to tolerate things we do not. This is why the United States can exist with Churches, Synagogues and Mosques and non-religious and anti-religious people and people who like to have recreational sex sharing the same highways and neighborhoods peacefully. We do not have to agree or even like each other to have respect, get along and live our own lives.

If we allow words to be labeled as “hate speech” and agree this list of words now is hate, it does not take away the hate in people’s hearts. It amplifies it. It will cause people to find new words and creative ways to express hate.

Words… while audio metamorphosis is the completion of life, and the words we say can give or take life from ideas and cause change in the world, it is this very reason it is most important to protect all forms of speech. Better to curse someone or something to hell than raise a hand in violence. Through expressing our hatred and fears in language and art we have a chance to address them, and see them for what they are; and make choices towards positive change. Sometimes the insult is a blessing. Sometimes someone needs to be cussed out. Sometimes the worst hateful arguments can lead to the greatest, long lasting loves. Life is bittersweet. And if we allow the bitterness to be withheld, the sweetness very well may escape us forever.