So, because I allegedly linked to or reblogged (tumblr doesn’t even know) to an account named feelmydragonballs, I need to be emailed and told said account has been linked to a group of people that a group of people in the U.S. Government doesn’t like at the moment.

The real cause of this is hilarity.. a fraudulent media campaign by the losing side of an election (both sides of the U.S. Government prior to Trump) trying to tie the winner (Trump), who now works in cooperation with them, to a foreign country (Russia) they’re saying caused them to lose; which is a self evident lie. And, that foreign country not only answers to the same underlords, it is possibly the only foreign country where this losing side of the election isn’t actively doing what they claim happened to them. And, this narrative is being propagated by every news and media outlet. 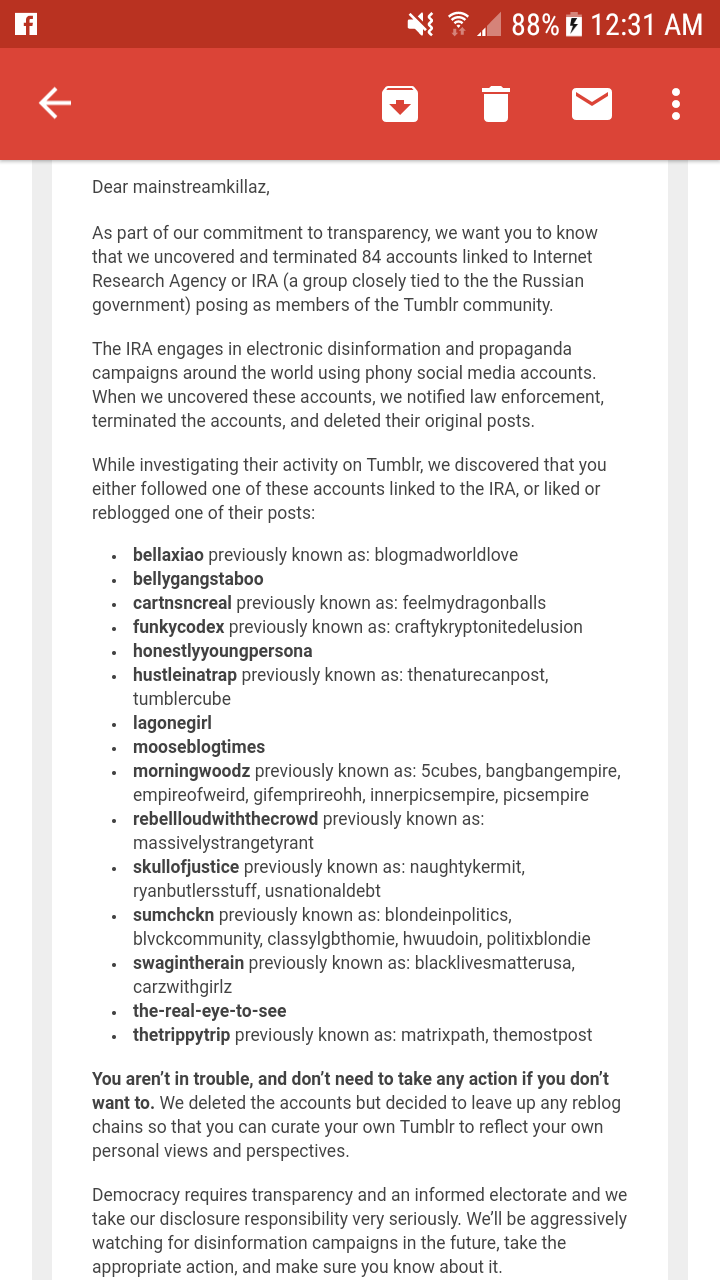 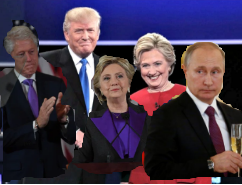