Scarface, the anti-christ, is a household brand here in Hell-Merica.

Foreign Man rapes New Country/The Future via pushing drugs, dreaming of fucking his sister, killing his best friend, then getting killed while bottoming out on every level. The How-To Fail Instruction Film. I’m sure it will be renown and everyone involved will become richER and make a host of spin offs to be regurgitated pig vomit for the indefinite future. 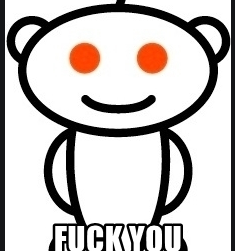 https://www.reddit.com/r/redditrequest/submit Social Media Plagued with ZERO Accountability, Black Lists, Immune Lists. Earth has become a Socialist Nightmare for All. Those Who can afford the time on social media and give into online unregulated trafficking of EVERYTHING are controlling the world. Hence EPSTEIN COVID PEWDIEPIE AMAZON GOOGLE Extortion 101.